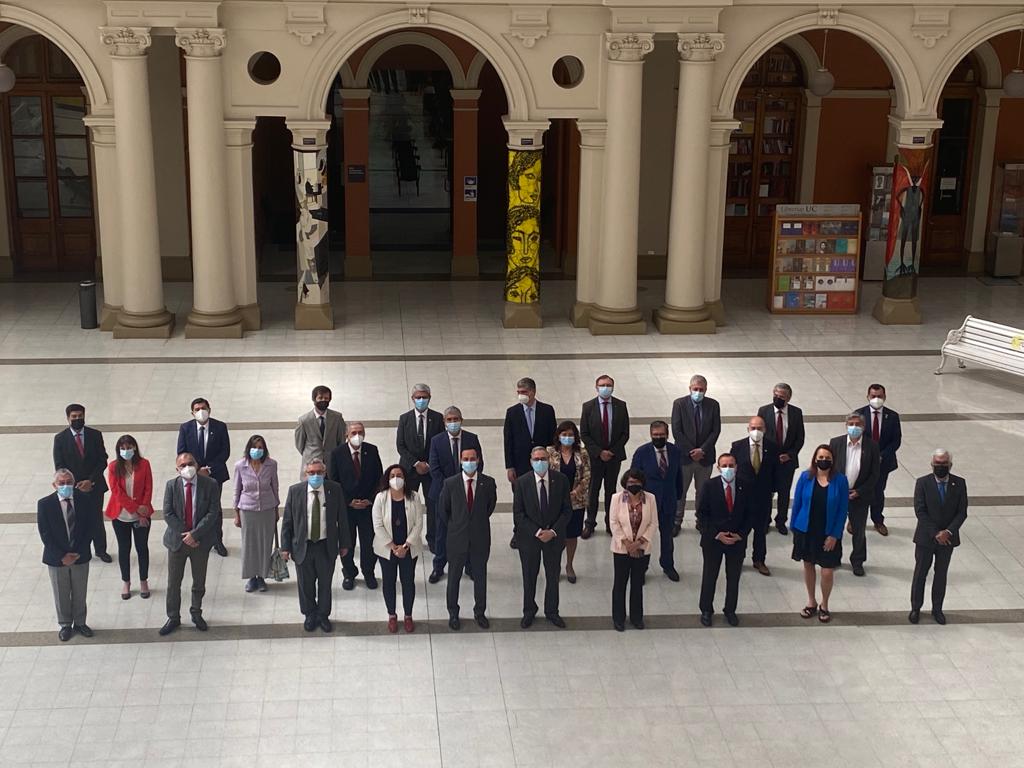 In this Thursday's session, the executive vice president of CRUCH, Juan Manuel Zolezzi, pointed out that the resolution of the Comptroller's Office shows that “there are questions about the procedure” for setting the regulated fees that will govern the Law, Pedagogy and Career groups. Personal Services for 2022. In addition, he clarified that this situation "does not endanger gratuity, under any point of view" (...), "in no case is there a risk for students."

On the occasion, the Undersecretary of Higher Education, Juan Eduardo Vargas, was present, who expressed the will to meet with the institutions that presented requirements to the Comptroller's Office so that they can "express their apprehensions or make us see additional points."

On the other hand, the rectors and rectors recognized the general secretary of CRUCH, María Elena González, who left office in November after three years in office.

"We have proposed that there are alternatives," said the executive vice president of the Council of Rectors of Chilean Universities (CRUCH), the rector of the University of Santiago, Juan Manuel Zolezzi, after the members of the institution reviewed the opinion of the Office of the Comptroller General of the Republic (CGR) on setting the values of Regulated Tariffs.

This was the main theme of the ordinary session N ° 628 of the CRUCH, which was held in a hybrid way in the Aula Magna of the Pontifical Catholic University (PUC) and marked the return to the presence of the CRUCH sessions, which had been held telematically since March 2020, due to the Covid-19 pandemic.

On the occasion, the lawyer Juan Carlos Ferrada presented, who made the CRUCH presentations before the Comptroller's Office regarding the procedure for issuing Resolution No. 6687/2019 (which established the first technical bases for the calculation of the regulated values ) and N ° 1742/2021 (by which the regulated tariffs are determined). Both requirements were addressed by the CGR in its opinion No. E147687, dated October 15.

According to Rector Zolezzi, the resolution of the Comptroller's Office shows that "there are questions about the procedure" for setting the regulated fees that will govern the Law, Pedagogy and Personal Services career groups for 2022. In this sense, he valued that the CGR has ordered that the Undersecretariat of Higher Education must adopt measures that make it possible to correct the vices or irregularities established.

The rector of the University of Santiago added that “what we have offered is to continue collaborating, as we have always done, in our advisory role to the Mineduc on higher education issues and in that framework, the possibility of talking about how we save the points of the Comptroller's Office to move forward, because that is what interests us ”.

In addition, the rector Zolezzi clarified that this situation “does not endanger the gratuity, under any point of view. This is a setting of fees that what is intended is to establish how many resources are going to be delivered to each university for each student, but in no case is there a risk for the students ”.

In the opinion of Zolezzi, in the process of setting tariffs “it is necessary to look at the complete set. We have never seen what happens with the other careers: engineering, science, administration, social sciences, because universities are not only pedagogy or law, but there are several. It is also necessary to consider the costs of research and the indirect contributions of research and extension ”.

For his part, the alternate executive vice president of CRUCH, the rector of the PUC, Ignacio Sánchez, said that “what happens is that in some institutions this situation has more impact than in others (…) It is also at stake how they will continue to be analyzed regulated fees for the rest of the careers. I wish we could later have a broader look at the structure of regulated fees for all programs, because universities do not have only two or three majors ”.

Meanwhile, the Undersecretary of Higher Education, Juan Eduardo Vargas, announced that the Ministry of Education will open a period of hearings, "so that all institutions that have submitted requirements to the Comptroller's Office can meet with us, express their apprehensions or make us see additional points, of so that after that hearing period, we make the necessary adjustments so that the tariffs come into effect ”.

On the other hand, Rector Zolezzi explained that "in the Fourth Mixed Subcommittee on Budgets we have requested an extension (of the application of regulated tariffs), since the situation for next year is not clear."

The questions of the Comptroller

Prior to setting regulated fees, CRUCH had issued a public statement warning that the methodology implemented by the Undersecretariat of Higher Education for this purpose "does not recognize the heterogeneity of the Chilean higher education system, where the same career is taught by universities with different financing structures, quality and nature of teaching, located in also diverse regional and territorial contexts ”.

In this context, CGR opinion No. E147687 maintains that the Undersecretariat of Higher Education did not allow the effective participation of academic institutions during the information gathering process, especially by not delivering the calculation reports that allowed replication, verification and validate operations.

The controlling body questions that the technical bases do not allow knowing why the Undersecretariat rejected the observations made by the Committee of Experts created by Law No. 21,091 to participate in this specific procedure. It is also noted that the Undersecretariat limited itself to explaining only in a generic way the criteria it used to follow the Commission's guidelines, without being able to clearly understand the methodology used, departing from the technical bases when creating the panels and altering the methodology grouping that the experts had approved.

It is also stated that the technical bases did not foresee a grouping of careers based on the structure of similar costs, because only their curricular structure was considered -even when some factors were incorporated into the methodology as weights-, which which contradicts the provisions of Law No. 21.091 on Higher Education.

Likewise, the Comptroller's Office questioned that the Undersecretariat of Higher Education, after approving the technical bases, formed special career groups that altered the previously defined model, without applying all the factors established in the law either.

Farewell to the general secretary

During the session, the plenary session of rectors and rectors recognized the general secretary of CRUCH, María Elena González, who will leave her functions in November, after her position was not renewed by the Ministry of Education, despite the support and unanimous support from the rectors and rectors, and repeated requests for the decision to be reversed.

The rectors Juan Manuel Zolezzi and Ignacio Sánchez, on behalf of the Council, valued the contribution of the secretary general to the CRUCH in the three years that she carried out this work, which allowed significant progress. In addition, they highlighted their professional excellence and human quality, reflected in their commitment and public vocation.

For her part, María Elena González stated that “it has always been a pleasure to work with and for the Council. I believe in the Council of Rectors, in the importance it has and how important it can be for higher education in the country (…) It has been a privilege to work here and I have learned a lot ”. 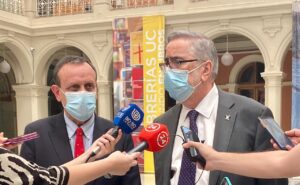