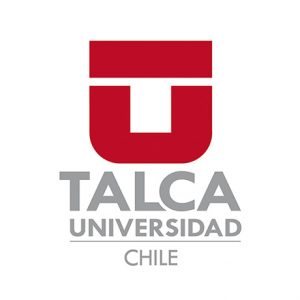 Course objective: The general objective of the program is to train independent researchers capable of producing and communicating knowledge that contributes to the understanding of human behavior in its sociocultural and historical context, supported by the epistemological and methodological foundations of advanced research in human sciences.
From this general objective, the following Specific Objectives emerge:
to. Provide advanced human capital in Human Sciences for the region and the country that works both in academic fields and in other public or private institutions.
b. Contribute to the academic development of the disciplines of Humanities and Social Sciences, providing doctors who have a broad and interdisciplinary vision of the human being combined with specialized knowledge in any of the following areas:
i) Cognition, philosophy of language and epistemology;
ii) Social processes in human experience;
iii) Affective and psychopathological processes;
iv) Discourses and expressions of thought, culture and reality in Latin America;
c. Contribute to the progress in scientific knowledge in Human Sciences through the production of research with international impact.

The Doctorate in Human Sciences is aimed at a variety of professionals (national and foreign) with a bachelor's degree in Psychology, Humanities or Social Sciences in general, who wish to deepen and broaden their knowledge of human behavior, the mind and its relationship with human beings. sociocultural and historical contexts and in producing scientific knowledge through the mastery of research methodologies in Human Sciences.

The Doctoral program in Human Sciences at the University of Talca, understood as a joint effort of the Institute of Humanistic Studies and the Faculty of Psychology, offers a scientific-humanistic training in which its epistemological philosophical emphasis, concern for the mind, stands out. the psyche and the central problems of contemporary culture, which adds to a strong methodological training that allows linking knowledge with research activities. In this scenario, the students who graduate from the Doctorate program will have a broad management of the different epistemological visions of the human being, of their cultural horizon and of the various methodological strategies to generate knowledge in the human sciences. Specifically, those who graduate from the program will obtain the following competencies through their training:
a) Describe human behavior from a psychological, sociocultural and historical perspective.
b) Analyze the epistemological foundations of scientific explanations of human phenomena.
c) Select, analyze and synthesize relevant scientific literature in a specific area of Human Sciences.
d) Identify new and relevant research problems in Human Sciences.
e) Select the most appropriate quantitative and qualitative methodological tools to address a research problem in Human Sciences.
f) Formulate competitive research projects in Human Sciences.
g) Carry out research autonomously that has national and international impact in a specific area of Human Sciences.
h) Communicate research results to the scientific community through publications and other means.