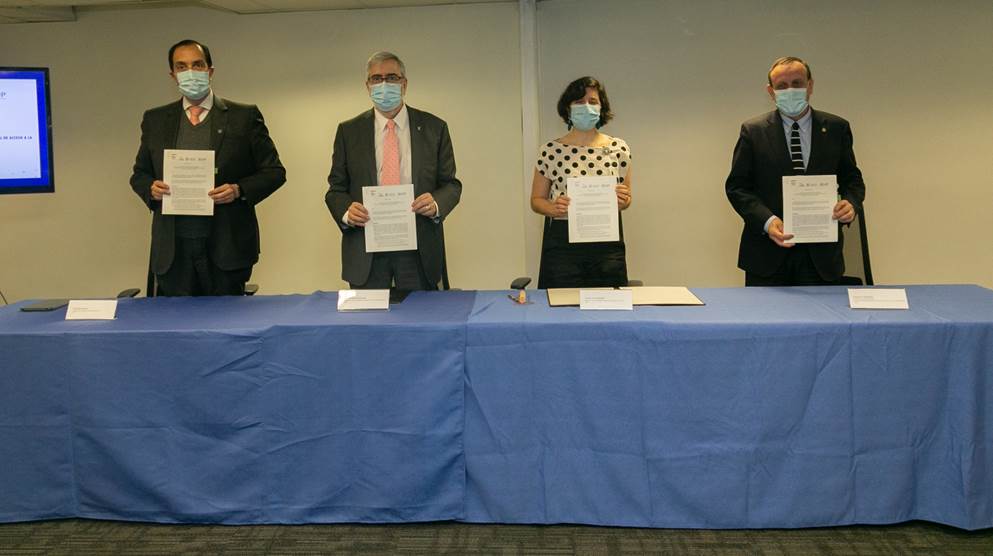 The Council of Rectors, together with other higher education organizations, will participate in an initiative that will implement an alternative model of access to information resources used for teaching and research in science, technology, knowledge and innovation.

The executive vice president of CRUCH, Juan Manuel Zolezzi, stated that with this action "we reaffirm our commitment to society, working in a network to positively impact and benefit the university communities, their researchers and, consequently, the citizens."

The Council of Rectors of Chilean Universities (CRUCH) recently signed a memorandum of understanding that creates the Support Network for the National Infrastructure for Access to Scientific Information, an initiative promoted by the National Research and Development Agency, ANID.

On behalf of the Council, the executive vice president and rector of the University of Santiago, Juan Manuel Zolezzi, assured that with the signing of this document, the CRUCH universities “reaffirm our commitment to society, working as a network to positively impact and benefit the university communities, their researchers and consequently, the citizens ”.

Rector Zolezzi added that this collaborative project will allow "to bring the largest amount of scientific bibliography to the country", so he hopes that "we can come to fruition with a greater contribution in documents and scientific background to the university community in general."

For her part, the national director of ANID, Aisén Etcheverry, said that the agreement is the result of “a collaboration of more than a year and is the first step in a new stage, which seeks to enhance the role of universities and university libraries. in knowledge management ”.

Also present at the activity were Aliro Bórquez, rector of the Universidad Católica de Temuco and in charge of the Advisory Commission of Directors of Libraries and Documentation (CABID) of CRUCH and Karen Jara, director of the System of Libraries of the U. de Concepción y President of CABID. Likewise, Eduardo Hebel, rector of the U. Frontera and in charge of the CRUCH Investigation Commission; and Andrea Rodríguez, vice-rector for Research and Development of the University of Concepción and president of the Research Commission of the Council of Rectors.

The National Infrastructure for Access to Scientific Information project aims to facilitate the daily tasks of research in science, technology, knowledge and innovation (CTCI) and teaching tasks, by strengthening the role of university libraries, reducing dependence on the offer of foreign publishers and implement elements of the Open Access Policy promoted by ANID.

The initiative includes instruments that are administered by ANID's Subdirectorate for Networks, Strategy and Knowledge, such as SciELO-Chile and the Electronic Library of Scientific Information (BEIC) Program, and must have a set of institutions that work in a network to give it viability and operational continuity. 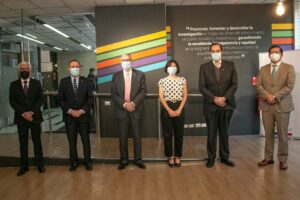