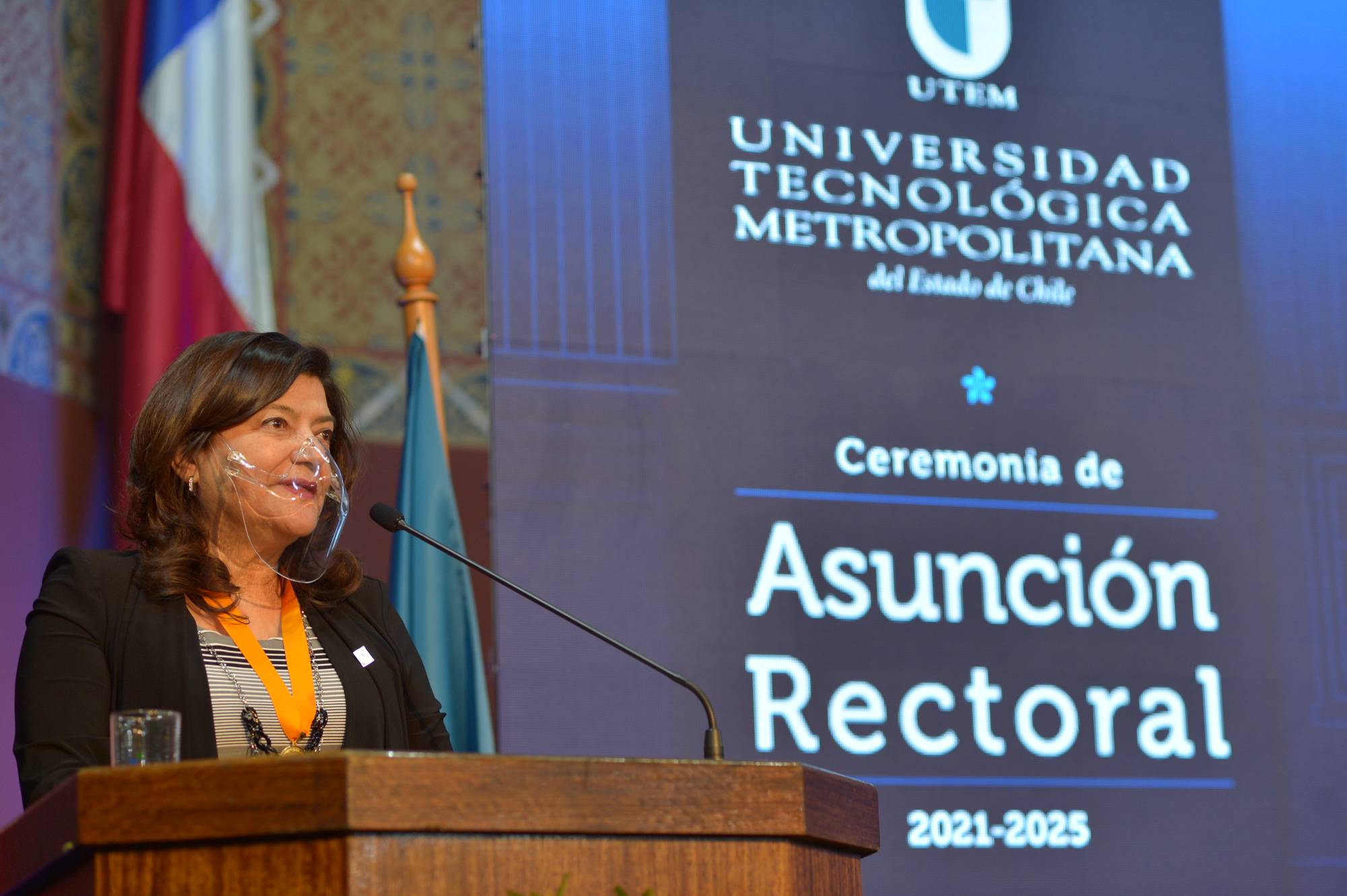 This Friday, July 9, 2021, the academic and former vice-rector, Marisol Durán Santis, officially assumed as rector of the Metropolitan Technological University, for the period 2021-2025.

The inauguration ceremony was held in the hall of honor of the Central House of the UTEM, with reduced capacity and following the safeguard measures established by the health authority, and was headed by the rector Marisol Durán Santis; the outgoing rector, Luis Pinto Faverio; the Secretary General, Patricio Bastías and relatives of the new authority.

“With deep pride, I can state that having been elected rector by the academic community of the UTEM with 73.8 percent, is an expression that a new historical cycle has begun to dawn in our university. A new cycle that announces equality in dignity and rights, a new cycle that begins with an option of our community for renewal and excellence based on participation, "said the rector Marisol Durán Santis in her first official speech.

Adding that, “At the beginning of the current academic year, there was only one chancellor in the 30 universities of the Council of Rectors. We have recently been elected two other women. This is worthy of great joy, but it must also be noted that it is insufficient. 10 percent is far from representing parity in the Council of Rectors. Furthermore, only in the case of UTEM was victory achieved in democratic competition with colleagues of another gender ”.

The new rector of the Metropolitan Technological University of Chile, Marisol Durán Santis, also had words for the work of the recently formed Constitutional Convention. “I want to state that I fully subscribe to the decision that the Rectors of the State Universities have adopted regarding granting material and operational support to the work of the Constitutional Convention. In this sense, I solemnly communicate that the infrastructure, the headquarters and the technological, academic and professional capacities of the UTEM will be at the disposal of the requirements of the Convention, because we have the responsibility to always be available to Chile ”.

“I think that a central challenge of the constituent process is the profound modification of the institutional framework of the country. It must move to a democratic and social State of Law; based on full democracy, equal dignity and rights for all people and respect for their diversity; and social rights guaranteed by the public power and society. A Chile with citizen participation, gender parity in all dimensions of social life, inclusion of native peoples, and social justice ”, stated the highest authority UTEM. 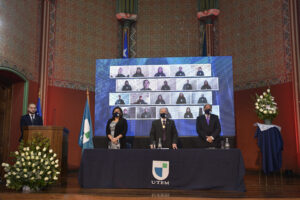 For his part, Luis Pinto Faverio, outgoing rector, indicated that “During all these years, what inspired us was the strong ethical conviction that public education is the essential engine for the development of countries and people, and that It is not the market and its logic that should prevail in this matter, but justice and equality. For this reason, so insistently, within the Consortium of State Universities and in the Council of Rectors, so many times it fell to us to defend and promote the state and the logic of universal rights, over the merely subsidiary and residual ”.

Educational and professional trajectory of the UTEM rector

In 1994 she entered the UTEM and since then she has held various positions, as an academic in the Department of Biotechnology, teaching courses in Biotechnology Engineering and Food Industry Engineering, in addition to guiding countless degree projects.

During her career at UTEM, the rector Marisol Durán Santis also served as director of the Center for the Development of Agroindustrial Technology; Director of the Department of Biotechnology and in November 2012 she assumed as Academic Vice Chancellor, achieving under her mandate to strengthen the academic function of the institution and initiate a process of transformation of academic management.

In her role as Academic Vice Chancellor, she highlighted her work in the implementation of strategies for the integral development of students, guaranteeing academic success and providing psychosocial support, emphasizing a transversal work, where the student is the center of the educational work.