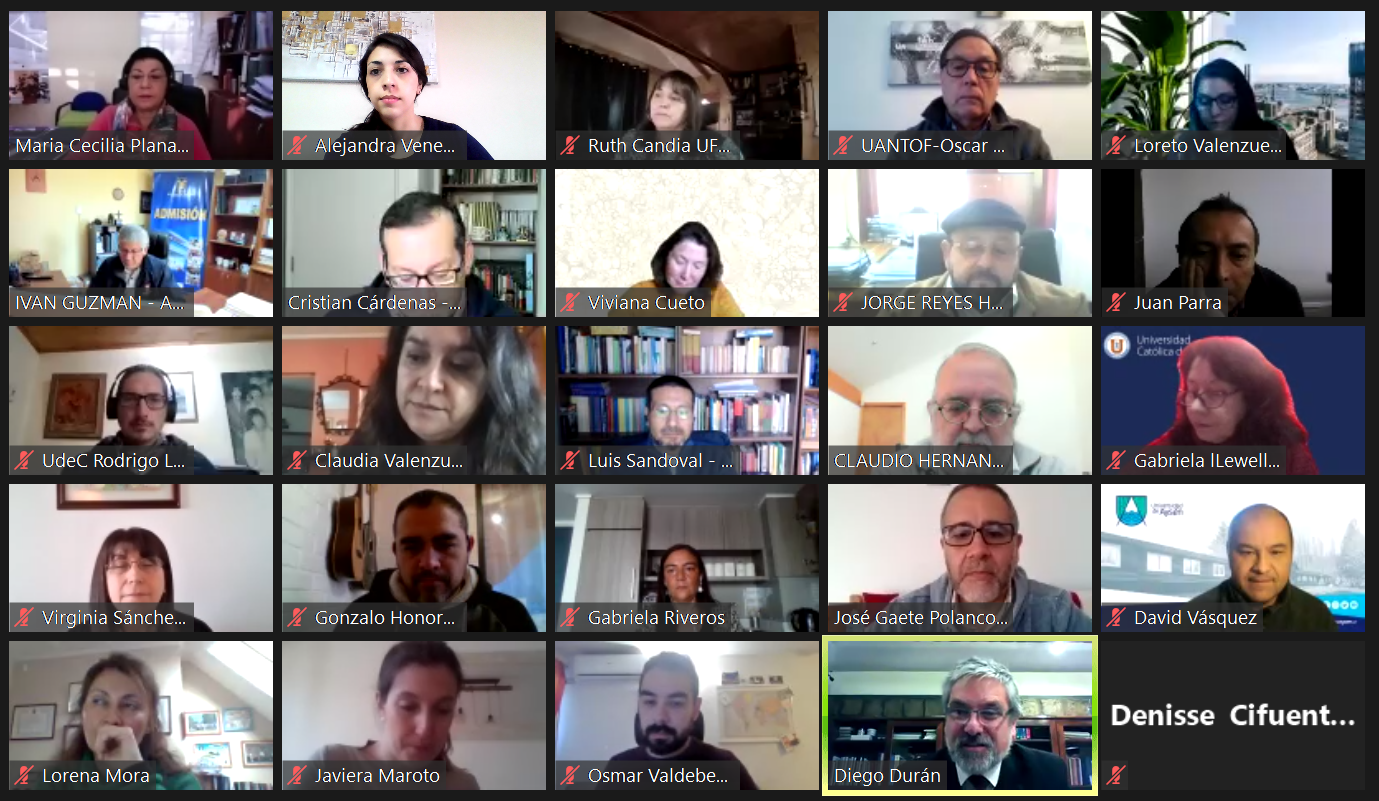 Ruth Candia, from the Universidad de La Frontera, was elected as the new president of the commission; and in the position of Secretary to Lorena Mora, from the Catholic University of Temuco.

“As a commission we are going to have to give space to critical reflection on the process we are living through, to the possibility of generating alternatives, relevant and significant changes, but also the fundamental fact of being in contact with each other, respecting and safeguarding good practices between our universities and trying to promote positive transformations to the system ”, said Diego Durán, rector of the Universidad Católica del Maule and in charge of the Admission and Enrollment Commission of the Council of Rectors, during the first plenary session of the commission, held on Wednesday 18 June by electronic means.

In the plenary, in which the admission and enrollment delegates of the 30 CRUCH universities participated, Rector Durán, who has been in charge of the commission since March of this year, recalled that since 2019 the system Admission is in charge of the Undersecretariat of Higher Education of the Ministry of Education, through the Access System, so it is necessary to send to this instance the observations and proposals of the CRUCH universities to contribute to the improvement of the system.

In addition to these new guidelines proposed by the rector Durán, an evaluation of the 2021 Admission Process was presented in the plenary, a work proposal for the year was analyzed and the positions of president and secretary of the board of directors of the commission.

One of the agreements adopted by the full committee was to establish working subcommittees to advance on issues that require prompt attention.

In this way, the following 3 subcommittees were established: Qualification of Pedagogy careers; Technical careers; and Special Income and its selection. Between 5 to 12 members will participate in each subcommittee and its objective will be to analyze the respective problem and prepare a document with proposals so that the plenary session of the Board of Rectors can discuss it.

On the other hand, the delegates agreed on the need to create a learning space, for which they agreed to hold a Cycle of Meetings and defined that on each occasion two topics of interest will be presented in relation to admission and the system. university, in charge of researchers or representatives of institutions. The first meeting will be held on Thursday, July 1.

According to the commission's operating regulations, it was necessary to carry out a voting process to elect the positions of president and secretary for the 2021 period.