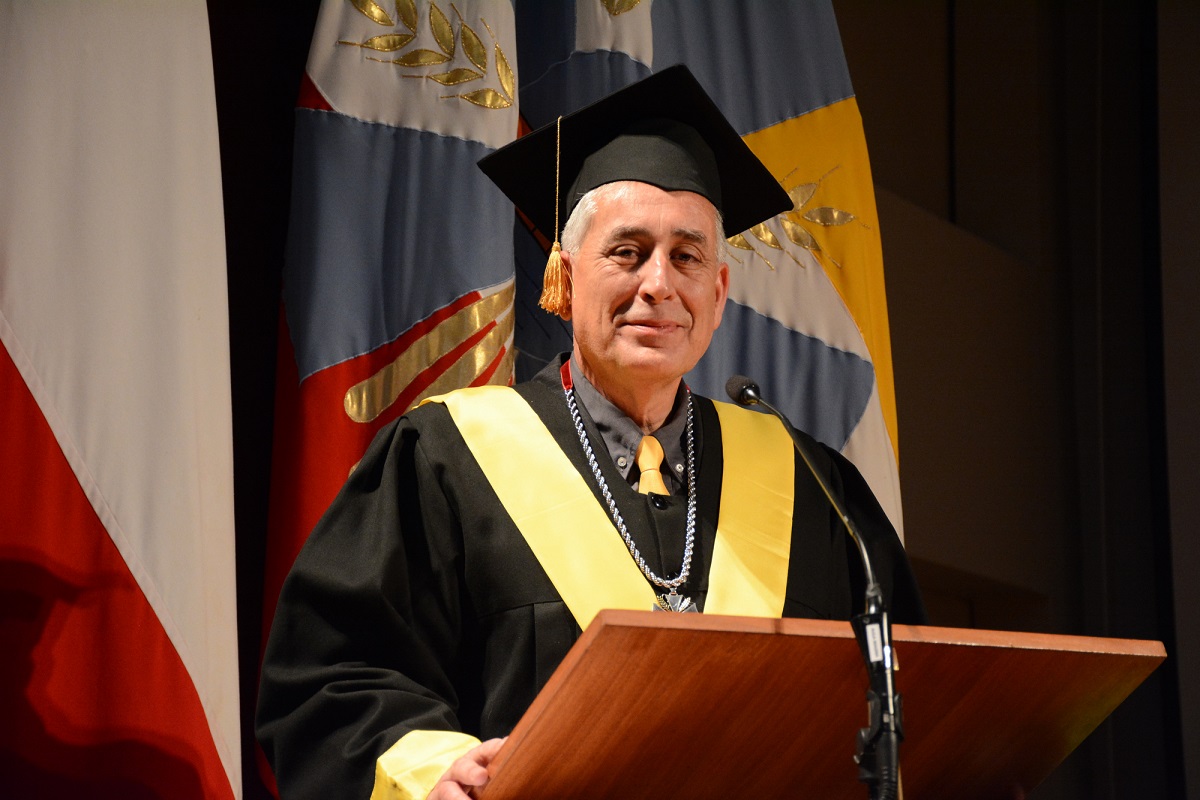 "We will move towards a University fully inserted in the 21st century," urged Rector Richter.

The Higher University Council proclaimed Dr. Hans Richter as the new rector of the Austral University of Chile for the period 2021-2025, in a solemn and emotional ceremony held today Friday, June 18, at 11:00 a.m., in a hybrid manner, with a The authorities part in the Aula Magna on the Isla Teja Campus in Valdivia and the other remotely.

After being proclaimed, the new rector stressed that “if we achieve this first great objective, which is to recover the university spirit of the beloved Austral University of Chile, all other institutional challenges can be solved. That is the call. I appreciate once again the confidence in our proposal. Without a doubt, with you we are going to transform the institutional culture, the way of doing things, and we will move towards a University fully inserted in the 21st century. A new University is possible, another world is possible. Once again, dear friends, thank you very much for giving us a standing University and looking to the future ”.

The authority stressed that “the strength that the University has had to face the difficulties of recent months not only rests on the shoulders of our rector Oscar Balocchi, but also of the entire management and administration team, the governing body and, particularly, as has already been recognized by our Secretary General, that it has been a key element in overcoming these complex times in the best way possible ”.

He also made an invitation: “Now more than ever we must work irremediably together to be able to definitively overcome these difficult times and place ourselves in a new space from which we will project ourselves decisively to a better future, collectively, with clear purposes and defined. We want to build the University of tomorrow. One that is fundamentally focused on the well-being of our community, students, officials and academics ”.

It should be noted that the ceremony was broadcast by Radio UACh through the 90.1FM dial, Facebook Live, YouTube and the signal 52 (SD) - 843 (HD) from Telsur.

"Resume a collective construction of our future"

The event began with the exhibition of the University Anthem interpreted by the UACh Choir and a specially prepared video that recalled the history of the rectory medal, with words from the historian and academic Dr. Fabián Almonacid and the former rector Carlos Amtmann. The idea and investigation of the audiovisual piece was in charge of Norma Huerta A., while the team was made up of Karin Weil and Mariana Vidangossy.

First, the chairman of the Board of Directors, Mr. Francisco Luzzi, addressed those present, who stated that “to resume today a collective construction of our future, of the ways in which we serve, above all our students and communities in which we participate , requires to capture an adequate symbolism ”.

He added that “with great humility, with immense respect for the students, workers, partners and academics of the corporation, who were, are and will be, I present to Rector Balocchi the original rector's medal of the Austral University of Chile, so that He himself, during this investiture ceremony, pass it on to Rector Richter and so continue in the future and may each Rector find in her that heart, that spirit and the strength to serve the institution and its members and govern with due justice. , integration and leadership that will be required ”.

Next, the rector Óscar Balocchi approached the center of the stage to receive from the hands of Mr. Francisco Luzzi the first rector's medal, which was awarded to the rector Eduardo Morales Miranda.

The Secretary General, Dr. Jordi Delgado Castro, addressed the extraordinary session of the Higher University Council. At that time, the Council session agreed to unanimously proclaim the new rector.

"We have had a mandate and we have fulfilled it"

Then the rector (S) Dr. Oscar Balocchi offered an account of his transition management. “We have had a mandate and we have fulfilled it. The warning of going through a difficult time with the serenity of teamwork, equipped with the tools of good judgment and brotherhood, has allowed us to carry out fundamental actions that we hope will serve those who will take today the symbols of our house of higher studies ”.

He also expressed that “we are the territory that we investigate, we are the communities that we observe. Today more than ever we must say with all the humility of experience that we have learned from our own mistakes. Our society has taught us in this time that it demands transparency from us and that it places the public resources generated by each and everyone in our hands so that we act with respect and commitment. We recognize in the public and private system our best neighbors in this common home. We hope to be worthy and worthy of your friendship and trust ”.

At the end of his remarks, the Higher University Council gave him recognition as a token of appreciation for his invaluable contribution and performance during his tenure. The president of the Board of Directors presented him with a galvano with the effigy of the rectory medal carved in oak wood.

Likewise, it was recorded that Dr. Balocchi will receive after this ceremony "the Great Gold and Silver Medal of the Austral University of Chile, a faithful replica of the Rectory Medal, which is awarded to the Former Rectors of this University , for his outstanding services performed in it during his tenure ”.

The transfer of command between the Rectories is symbolized with the delivery of the rector's medal, which identifies and invests the highest unipersonal authority of our institution. In this sense, Dr. Óscar Balocchi made the official transfer of the Rectory medal to Dr. Hans Richter Becerra who assumes from today as Rector of the Austral University of Chile.

The ceremony ended with the Valdivia Chamber Orchestra preparing a special presentation, which was explained by its musical director, maestro Rodolfo Fischer. It allowed to remember the director of the MAC Prof. Hernán Miranda, who recently passed away. It is a joint effort between the orchestra and the museum, which mixed Chilean art with the musical work “Pictures of an exhibition” by Modest Mussorgski.

It is the body responsible for ensuring compliance with the Corporation's objectives and sanctioning the general policies and guidelines of the institution. One of its functions is to summon and proclaim, in a solemn and public session, the elected Rector, thus marking the beginning of his mandate.

According to the Statutes of the Corporation, the collegiate body is made up of the rector, who will preside over it, the members of the Academic Council, the members of the Board of Directors, a representative of the administration and services staff chosen by their peers, who will participate in accordance with the law. 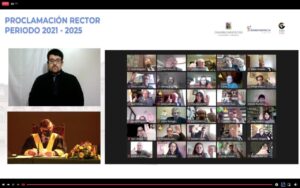 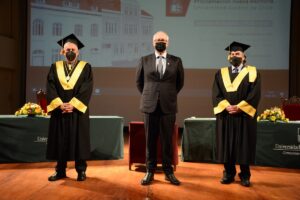