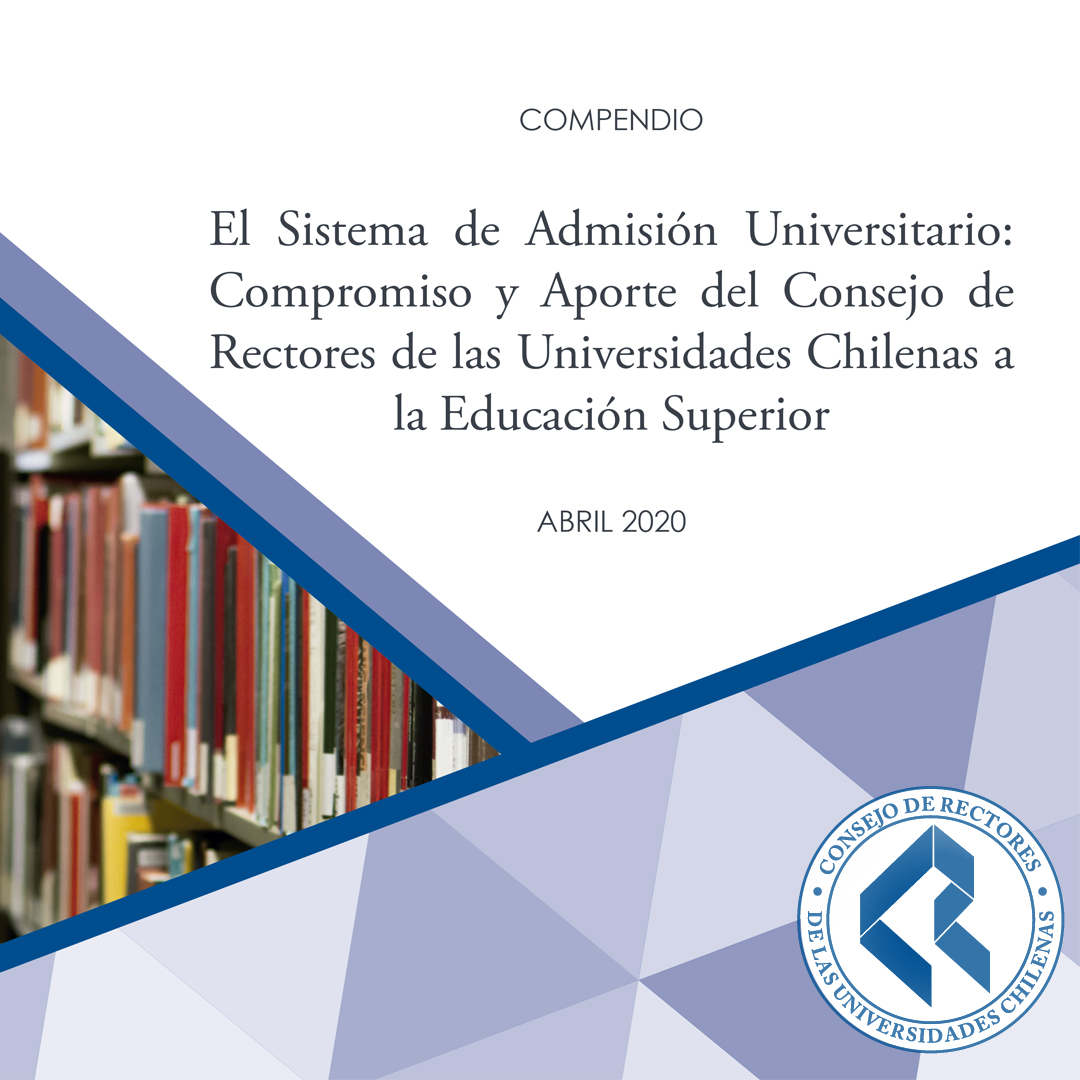 The compendium "The University Admission System: Commitment and Contribution of the Council of Rectors of Chilean Universities to Higher Education", prepared by the Single Admission System (SUA) of the CRUCH, was released this Monday, May 5 through various virtual platforms.

The publication began to take shape four years ago, in the context of discussions about the future of the admission system contemplated in the Higher Education Law, in order to record the trajectory of university admission in Chile and, also, give account of the experience and learning of the Council of Rectors in matters of university selection and admission.

In this sense, this compendium is “a recognition to all the institutions and all the people who have contributed with their reflections, experience, professionalism and actions to systematically advance in the matter of university admission, considering its important link with the design and construction of a quality higher education system for the country ”, expressed the former Director of the Single Admission System of the CRUCH, María Elena González.

It should be remembered that the Law on Higher Education No. 21,091 establishes that as of this year the new Access System for higher education, located in the Undersecretary of Higher Education of the Ministry of Education, begins to fully operate.

The compendium consists of three chapters. The first, "Background, development and operation of the admission system of the Council of Rectors", reviews the historical evolution of university admission, through the analysis of some of the most relevant milestones in the development of higher education in Chile, identifying the stages of the formation of the university admission and selection system. On the other hand, it describes the admission and selection mechanisms of Chilean universities, from the Baccalaureate to the present day.

Subsequently, the creation and regulatory framework of the Single Admission System of the CRUCH is explained; the characteristics, actors and stages of the admission process; and, finally, the selection factors (University Selection Tests, PSU; High School Grade Point Score and Grade Point Ranking Score).

The second chapter, "Results of Admission Processes 2014-2018" presents information and statistical analysis of these processes, "which allows to have a perspective of the main trends of those who participated in these admission processes and, likewise, show the need for improvements in matters of public policies in education ”, stated María Elena González. The same format has the Admission Process 2019, which was included in an annex.