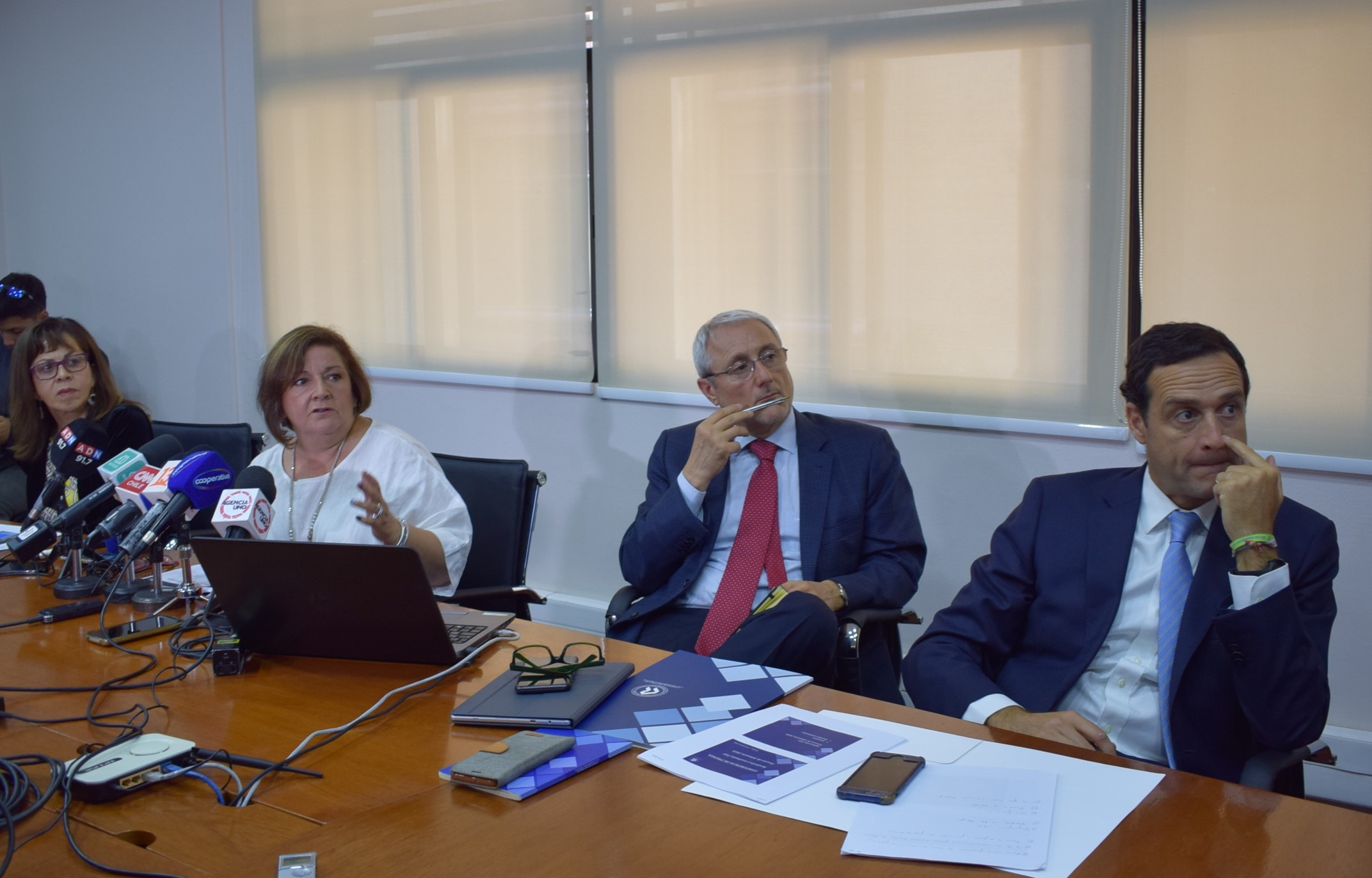 Of the 297,450 people registered, 243,445 took the Mathematics and Language and Communication tests, which corresponds to the 82% of attendance. In relation to 2019, there was an increase in the 1% of registrants and a decrease in the 8% of those who took both mandatory tests, explained María Elena González, general secretary of the Council of Rectors. Meanwhile, 151,982 people took the Science test.

Regarding the results, one applicant obtained the highest score in the Language and Communication test in the Metropolitan Region; 89 did it in Mathematics and 18 in Science. In 13 of the 16 regions of the country at least one student obtained a national score in Mathematics; in 7 regions there was a national science score. Meanwhile, the highest average for Language and Communication and Mathematics resides in the Los Lagos Region.

This Monday, February 24, the Executive Vice President of the Council of Rectors of Chilean Universities (CRUCH), Rector Aldo Valle, together with the Undersecretary of Higher Education, Juan Eduardo Vargas; the general secretary of the Council of Rectors, María Elena González; and the director of the Department of Evaluation, Measurement and Educational Registration (DEMRE) of the University of Chile, Leonor Varas, carried out a balance of the results of the University Selection Test (PSU), corresponding to the Admission Process 2020.

He recalled that considering the successive mobilizations registered in the country as of October 18, the calendar of the admission process was modified on two occasions: on October 29, 2019, the surrender of the PSU was postponed to December 2 and 3. Then, on November 28, the surrender of the PSU was postponed to January 6 and 7, dates in which its application faced a series of difficulties, from partial interruptions or inability to access the surrender premises to the leak of the History, Geography and Social Sciences test that resulted in the suspension of its application. In order not to harm the students who had this test registered, and for the purpose of weighting to apply, the score was automatically replaced by the best score that the applicant has in any of the selection factors (NEM, Ranking , PSU).

“With the shared effort of Demre; of the Ministry of Education, especially the Undersecretariat of Higher Education and the Single Admission System, SUA, of the Council of Rectors, we achieved the purpose that was, until the last minute, that no applicant was left out of the process for reasons beyond their control. Will ”, rector Valle pointed out.

“The public policies of the different governments in recent years have incorporated university selection tests as a factor to later determine the allocation of student benefits such as gratuity, scholarships and credits; and that is why we always call for responsibility, for seriousness, both from those who opposed the application of the tests and from the families, so that they persevere in their efforts and take their tests ”, he recalled.

Of the 297,450 people registered, 243,445 took the Mathematics and Language and Communication tests, which corresponds to the 82% of attendance. In relation to 2019, there was an increase in the 1% of registrants and a decrease in the 8% of those who took both mandatory tests, explained María Elena González, general secretary of the Council of Rectors. Meanwhile, 151,982 people took the Science test.

When analyzing by sex, the 54% of the applicants were women and the 46% men, "in a trend of growth of female applicants, which has been repeated in recent years," said María Elena González. He added that most of the applicants came from subsidized private establishments (54%), followed by municipal (32%), paid individuals (12%) and establishments corresponding to Local Education Services (2%).

Meanwhile, the 73% of the applicants graduated from establishments with humanistic scientific training and the 27% under the professional technical modality 27%; and the 75% graduated from the most recent high school class, in 2019.

The Secretary General reported that 13% of the applicants identified themselves as Mapuche and 1% as Aymara, a 2% identified with other national ethnic groups. Regarding the participation of foreigners, he stressed that "in recent years there has been a significant increase in foreigners who have been joining the training processes." In that sense, he indicated the growth of Haitian citizens who took the selection tests: 1,692 in 2020 compared to 1,159 applicants in 2019, which makes them the largest foreign group that registered this year.

One applicant obtained the highest score on the Language and Communication test, 89 did so in Mathematics and 18 in Science. In 13 of the 16 regions of the country at least one student obtained a national score in Mathematics; 55 of them are concentrated in the Metropolitan Region, which corresponds to 62%.

Regarding Sciences, in 7 of the 16 regions of the country at least one student obtained a national score. Eleven of them were concentrated in the Metropolitan Region, which corresponds to 61%.

It is important to consider that only those applicants who have graduated from high school in 2019 and who authorize their results to be released are quantified as national scores.

María Elena González indicated that "it is important to point out that the 16% of those who took the PSU are linked to the Program for Accompaniment and Effective Access to Higher Education, PACE, and / or the Scholarships for Academic Excellence, BEA" program. This corresponds to the 10% PACE, 4% BEA and 2% of applicants with both benefits.

The secretary general of CRUCH added that “in relation to PACE we wanted to zoom in because it is very relevant in terms of equity in access to higher education; it is a program that has grown over time. We see that there is indeed a significant increase between 2019 and 2020 in terms of registrations: 30,672 people and 37,091, respectively ”. This corresponds to an increase of 21% of those enrolled between 2019 and 2020, and of 31% among those who take the PSU in the same period. Finally, this growth of the PACE occurs in a similar proportion in women and men.