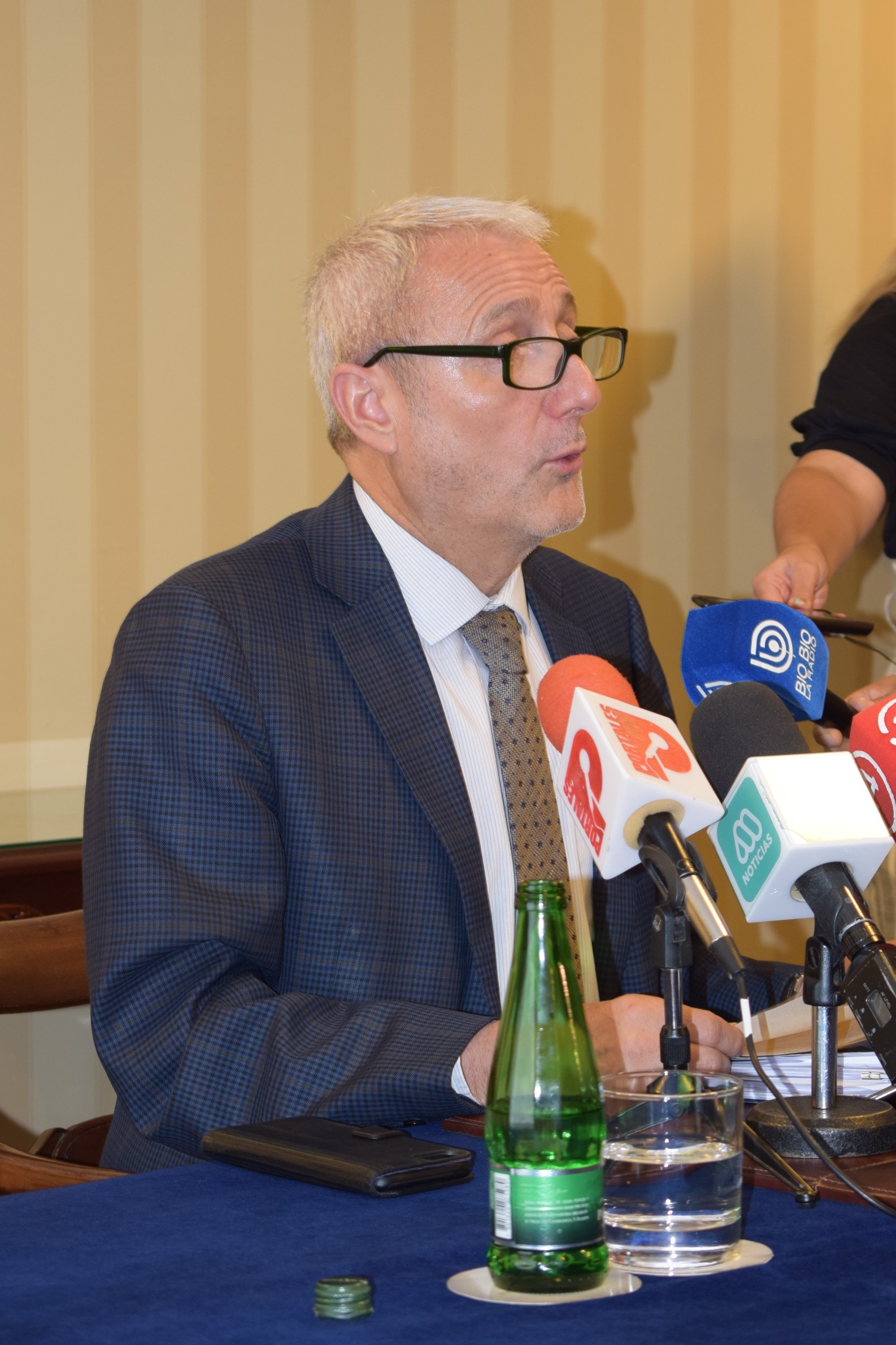 After this week a group of applicants could not take the PSU of Language and Communication and Mathematics, the CRUCH announced that those affected will be able to take the tests on Tuesday, February 4 and Wednesday, February 5, respectively.

In addition, the expansion of the special admission percentages for the universities of the Single Admission System was announced, in order to allow them to define mechanisms to evaluate the talent and knowledge in History of those who had registered to take that PSU.

The plenary session of the Council of Rectors of Chilean Universities (CRUCH) defined the realization of a third application of the University Selection Tests (PSU) of Language and Communication and Mathematics, which will be accessed by applicants who could not take them in the past Monday, January 27.

The executive vice president of CRUCH, rector Aldo Valle, explained that the PSU of Language and Communication will be held next Tuesday, February 4, from 10:00 a.m., while the PSU of Mathematics will be applied the next day, Wednesday, February 5, from 10.00 am.

“We call on the families, and of course the applicants, to attend with the confidence that we will do our best so that we do not have to regret, neither they nor us, another frustration that they should add to those who already they have had, ”Valle said.

The rector of the University of Valparaíso added that these students “did not deserve to have to go a third time to take these tests and this has happened again, as on January 6 and 7, due to illegal acts aimed at to prevent those who had decided to surrender the PSU from being able to do so ”.

Valle added that the students authorized for the third application of the tests will be informed in a timely manner by the Department of Evaluation, Measurement and Educational Registration (DEMRE) of the University of Chile regarding the places where the PSUs are to be rendered. The security protocols that were used in the application of the tests during January 27 and 28 will also be maintained.

According to DEMRE statistics, about 5,000 people could not take the PSU of Mathematics in the second application, while just over 4,500 applicants are in the same situation for the Language test.

The authority of the Council of Rectors maintained that the rest of the dates of the 2020 Admission Process remain firm. Thus, the results of the PSU will be announced on Monday, February 24, from 08.00 hours, while the process of Application will begin that day, from 09:00 a.m. and will end on Friday, February 28, at 1:00 p.m.

The results of the selection will be published on Monday, March 9, 2020 at 12:00 hours, on the web pages of DEMRE, of the 30 CRUCH universities and the 11 institutions attached to the Single Admission System (SUA).

In its extraordinary session this Wednesday, the Council of Rectors also agreed that, considering the difficulties experienced during the current admission process and the effects that this could have on applications and subsequent enrollment, admission will be increased via special admission up to one 20%.

Meanwhile, for universities located in extreme areas (U. de Tarapacá, U. Arturo Prat, U. de Aysén and U. de Magallanes), it was defined for the present admission process, to increase the percentage of special admission to 30% . Considering that current conditions have not allowed an adequate application of the procedures established for special admission in these universities, it is agreed not to require the application of the procedure previously agreed by the Council.

Both agreements were taken for the purpose of being used in those careers that present difficulties in their call or to complete the vacancies offered and must be framed in the established growth rate of 2.7% per year, set for the institutions attached to the Gratuity.

Meanwhile, in order to preferably attend to those situations of applicants to careers that weigh the PSU of History, Geography and Social Sciences it is agreed that in the Special Admission System, universities may offer additional places of up to 5% in those careers that they weigh said evaluation in the same university to whose special admission they will apply.

To assign these quotas, the procedures or criteria determined by the academic institutions themselves may be used to evaluate knowledge or identify talents in History. Those who have been enrolled in this test and who have made a valid application to a career that weights said instrument, at the same university to whose special admission they will apply, may apply for these quotas.

These special calls, which will be made directly by the houses of study, must be made, at the latest, on March 4. In addition, the results of this selection will be announced until March 12.

"As this is part of a special admission process, it will be the same universities that will define the instruments, means, antecedents and / or factors that they want to consider in order to assign the quotas that each institution offers," said the CRUCH authority.

Valle explained that this measure seeks to provide new alternatives to applicants who registered to take the PSU of History, Geography and Social Sciences and who consider themselves to be affected by the measure agreed by the CRUCH to replace this score in the weightings for apply to careers, this is the assignment of the best score that the students have in any of the other selection factors (the PSU of Language and Communication, Mathematics or Sciences; the High School Notes, NEM, or the Ranking of Notes ).