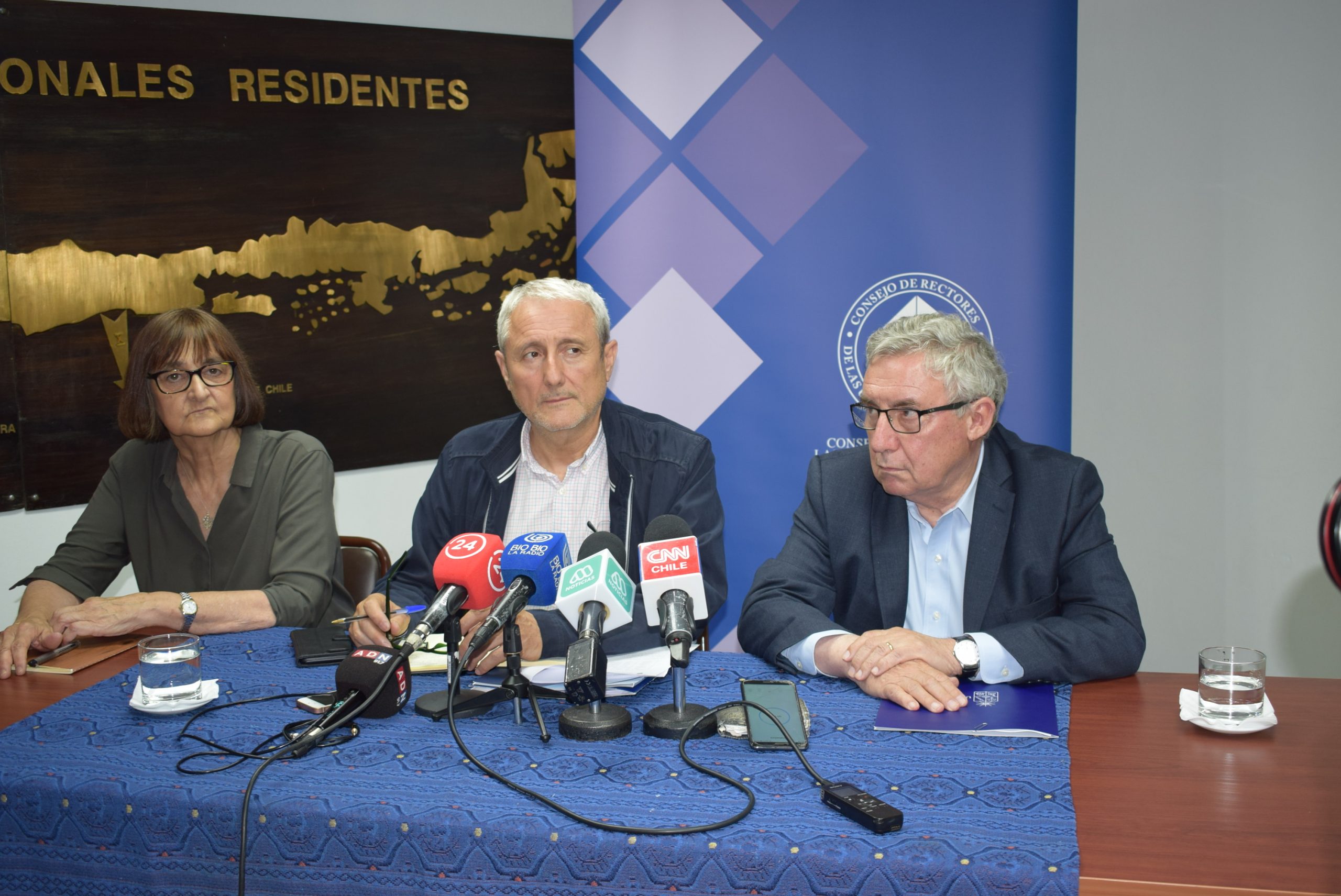 Executive Vice President of CRUCH: "Those who render the PSU exercise a right and we are fulfilling a public obligation with them and their families"

The authority of the Council of Rectors stressed that the more than 297 thousand people who will give the University Selection Tests tomorrow, Monday and Tuesday, "will have the opportunity to take them in conditions of tranquility and confidence."

According to the DEMRE balance, the recognition of rooms was carried out without news throughout Chile, with the exception of two establishments in Copiapó, which were taken this Sunday. Those who had to give the tests in those enclosures will do so in other authorized premises.

"From the logistical point of view, no student will be prevented from taking the PSU," said the executive vice president of the Council of Rectors of Chilean Universities (CRUCH), Aldo Valle, within the framework of the recognition of halls of surrender of the Tests of University Selection (PSU).

According to the balance of the Department of Evaluation, Measurement and Educational Registration (DEMRE) of the University of Chile, this process was carried out without news throughout the country, with the exception of two establishments that were taken in Copiapó this Sunday. In both cases, the DEMRE ordered that the applicants who had to give the tests in those precincts could do so in other authorized places.

In this context, the rector Valle made a call for tranquility to the applicants, stating that “those who registered in this Admission Process will have the opportunity to take the tests in conditions of tranquility and confidence, because it is an evaluation that is very important in the educational and personal trajectory of the students ”.

Valle stated that “those who render the PSU exercise a right and the CRUCH and DEMRE are fulfilling a public obligation with them and their families. We are putting at the service of the whole country an opportunity to access higher education ”.

The authority of the Council of Rectors added that “we call on families to have the confidence and tranquility that none of their sons and daughters will take the tests in situations of impairment. We will see to it that they can perform them in the best condition and if an incident occurs, which we hope will not happen, we will ensure that there is no harm to the young people ”.

For his part, the rector of the University of Chile, Ennio Vivaldi, assured that “the real problem lies in the total disinterest that the State has had for decades with public education. We must drastically correct that ”.

In addition, Rector Vivaldi added that the Admission Process and the PSUs are “a democratic act that we cannot fail to value. (…) What the PSU does is grant each Chilean the right to enter the university in an objective measure or instance. It would be much worse if inequalities continue through a totally unregulated income ”.

Tomorrow, Monday, January 6, the PSU of Language and Communication will be given, at 9:00 a.m., and the elective test of Sciences, from 14:30. The next day, Tuesday, January 7, it will be the turn of the PSU of Mathematics (9.00 am) and the optional test of History, Geography and Social Sciences (2.30 pm).

Both days, applicants must appear to take the tests carrying only their identification document, their identification card (downloadable from the Student Portal, https://psu.demre.cl/), a graphite pencil No. 2 and eraser. Optionally, you can also enter with a highlighter and a bottle of water.

The entry and use of cell phones, cameras, tablets, or other electronic devices is strictly prohibited, as well as the entry with bags, backpacks, wallets and any other item during the performance of the tests.

On Tuesday, January 28, at 08.00 hours, the results of the PSUs will be published on the Applicant Portal. That same day, from 09.00 hours, the stage of applications to the careers offered by the 41 universities that make up the Single Admission System (SUA) of the Council of Rectors will begin. This process will last until 6:00 p.m. on Friday, January 31.

The results of applications and student selection will be known on March 2, on the Applicant Portal and on the websites of the institutions attached to the SUA. Meanwhile, from March 3 to 5, the first stage of enrollment will take place and the second stage of enrollment will be between March 6 and 12; While the withdrawal period will run between March 3 and 12, 2020.